The Mystery of the Missing Reels Solved! (1955)

This article reconstruction takes us back to early 1955, when Walt visited the Arrow plant in Mountain View to check on progress. Given the July opening, things were probably hopping. Note the reference at the end of the article that; "Disney and some of his movie cameramen visited the Arrow plant... scenes of the work going on at the Mountain View shop may be included in a progress report on Disneyland, to be presented on Disney’s television program in the near future."

Those film segments were used in the July 13, 1955 Disneyland TV pre-opening update show - a portion of which is at the end of this posting.

MOUNTAIN VIEW - When Walt Disney’s $10 million playground, Disneyland, opens near Los Angeles this summer, thousands of American children will shout with glee when they view the rides now being constructed by a Mountain View industrial firm.

Workers at the plant, Arrow Development Co., 243 Moffett Blvd., are working feverishly on six of the feature rides for the Fantasyland section of Disneyland. The rides are:

“Casey Jr.” - two 65 foot miniature trains identical to those seen by millions in Disney’s award winning cartoon, “Dumbo.” The two odd little engines each will pull six circus type coaches over a 1,200 foot track, all being built by Arrow.

“Mr. Toads Hotrod” - this will consist of half scale replicas of 1903 model automobiles similar to the one seen recently in Disney’s television production of the cartoon, “The Wind in the Willows.” The hotrod, for which “Mr. Toad” traded his family home, “Toad Manor,” in the cartoon, is electrically powered and will run on tracks to give the riders the impression they are driving.

“The Mad Hatter’s Tea Party” - this ride will be made up of large cups and saucers which will spin as the children sit inside and view scenes of the Hatter’s party with “Mr. Doormouse.”

"King Arthur Carousel” - a 50 foot diameter merry-go-round which will have 72 horses for the young “knights” to ride.

“Dumbo the Flying Elephant” - This ride will be similar to the familiar airplane ride found in most amusement parks, but replacing the airplanes will be replicas of “Dumbo,” complete with large flapping ears.

Ed Morgan, one of the four partners in the corporation, said his company landed the contract with Disney through the recommendation of  Stanford Research Institute, which did the site and population density research for Disneyland. SRI’s headquarters of was in Menlo Park California, not far from Mountain View.  (That would have been Harrison Price. ~df)

The people at the institute had seen Arrow’s work on a small-scale stern-wheeler steamboat ride for children, located on Lake Merritt in Oakland, and told Disney the firm would be the logical choice to manufacture some of the rides for Disneyland.

At conferences held at Disney’s studios in Burbank, Morgan and his associates, Bill Hardiman, Andy Anderson, and Karl Bacon, were told the important thing to remember was that the rides must be constructed so that they look exactly like the originals in the various cartoons.

Arrow Development Co., Inc., founded in 1946 to manufacture merry-go-round horses, recently found it necessary to expand its facilities and leased another building located on Ortega Street in Mountain View.

Recently, Disney and some of his movie cameramen visited the Arrow plant to inspect the progress being made.  While not definite, it  is possible scenes of the work going on at the Mountain View shop may be included in a progress report on Disneyland to be presented on Disney’s television program in the near future.

If so, some of the workers at Arrow will not only be contributing their skills to the development of the giant-sized playground that will be Disneyland, but will be actors in the dramatic project, scheduled for completion in July.

Some of the footage did appear in a July 13, 1955 special report on the progress at Disneyland. I note that the interior of the building where the carousel horses were being sanded looks like the inside of what is now one of the model shop buildings in Glendale.

Posted by Thinking of Design at 1:41 PM No comments: 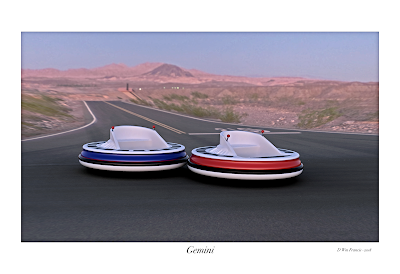 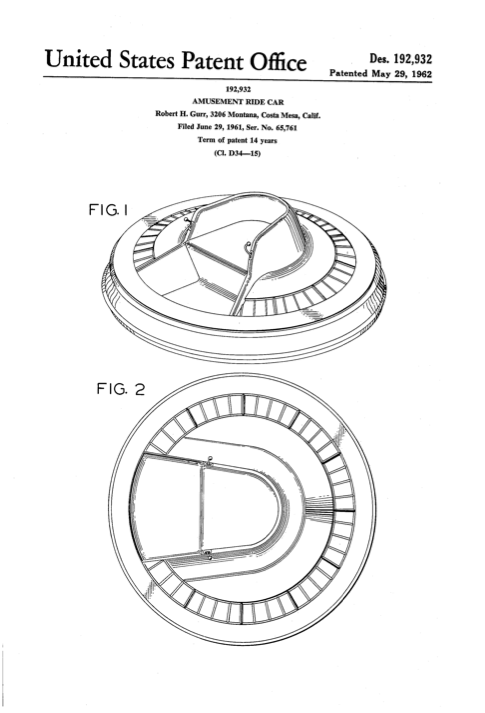 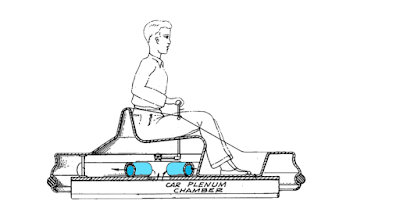