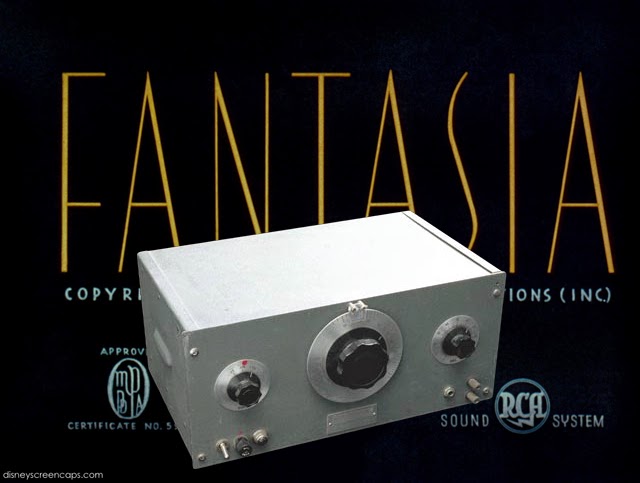 As mentioned in the previous post, another Bay Area company played a role in the stories of both Disney and Arrow.

Founded by Stanford classmates Bill Hewlett and Dave Packard, one of Hewlett Packard's first products was an audio oscillator.  In 1938, a sound engineer working on Fantasia saw the HP Model 200A audio oscillator and asked Bill Hewlett to make some modifications, which led to the Model 200B.  Disney ordered eight, at $71.50 each, and used them to test the audio recording equipment and unique multi-channel speaker systems used in the 12 specially equipped theaters which showed Fantasia in 1940.

Both HP's audio and radio test equipment used coils in their oscillator circuits and Arrow Development made four machines to wind coils which HP used in their products in 1951. 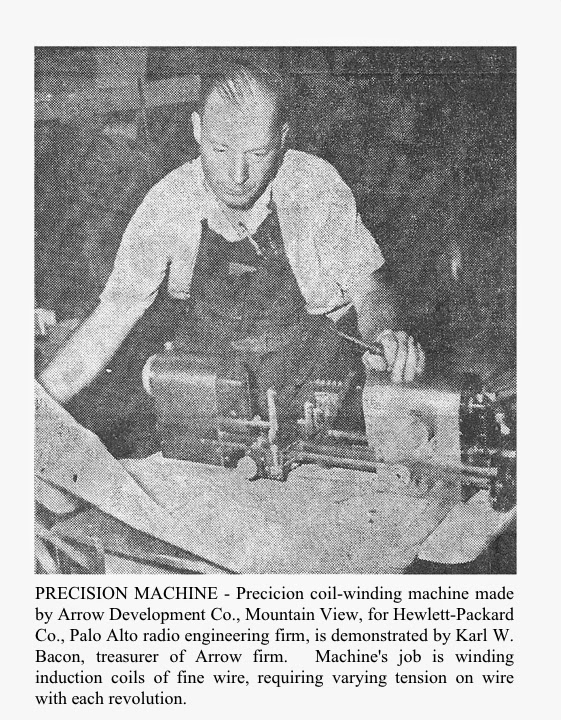 Note that Karl is listed here as treasurer of Arrow. Over the years, the four founders would often swap titles; yet another example of their collaborative approach to running the company.

Posted by Thinking of Design at 9:06 PM