This article first appeared in 1955, in a number of papers, including Billboard Magazine.
Some of the  images in the original did not reproduce well and have been simulated. 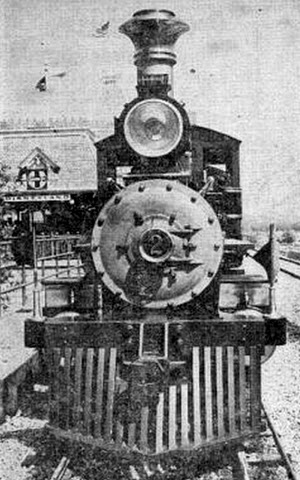 Mine of New Ideas

The “magic kingdom” of Walt Disney, whose cartoon character creations are better known to more kids than soap, amply displays the result of 20 years planning - and dreaming.

Disneyland, which cost $17,000,000 when it opened on July 18, started fabulously in June 1953, when Disney retained Stanford Research Institute, under the direction of C. V. Wood Jr., to survey different sites for the 160-acre park.  After the survey was completed Wood was assigned by Disney to act as vice-president and general manager of Disneyland, Inc., to continue with actual construction and organization.

Selection of the Anaheim, Calif., site was made from among many after a year’s study in location analysis and a complete search of land records.  Among other qualifications, utility conditions, accessibility, topography and environmental characteristics were considered.  Even annual rainfall figures helped in making the final decision.  The Institute also conducted a complete economic feasibility study of attendance patterns for amusement areas and the projection of annual rate of operation for Disneyland.

The park is constructed on 5/8 scale, necessitating special material from mills.

The scheme followed in the various diversions is in keeping with their titles. Tomorrowland features equipment to fit the future.  The chairs, benches, and accessories are the product of inventors’ imaginations as what will be used in the future.  Frontierland is enhanced by gnarled pine posts picked up by Disney on a trip to Jackson Hole country in Wyoming.  And a feature is the 105-foot paddle-wheeling river boat, Mark Twain.  Adventureland is tropical in design with trees from Australia, South Africa, China and Japan.  Plastic life-like “animals” are electrically operated and mechanisms open the jaws of rhinos and other jungle beasts.

Fantasyland, the amusement ride section, brought new types of devices into the field.  Some bear a small basic resemblance to conventional rides.  A Merry-Go-Round purchased from J. W. (Patty) Conklin arrived in the United States with two outside rows of horses as jumpers and the inside one stationary.  The stationary one was converted to jumpers and another jumper row was added to make it four-abreast.  The Arrow Development Company in Mountain View, Calif., worked overtime to complete its contract for over $100,000 for making new rides designed by Disney and refinishing others.  The basic work on the Mr. Toad cars was done in the Arrow shops along with building the Tea Cup Ride, portions of the Casey Jr. train, and the working section of Dumbo.

Disneyland will never be completed in the sense that Disney will sit back and consider all has been done.  To offer something new and keep the magic kingdom more alluring, Disney will do more and more dreaming and planning.  That’s what makes it Disneyland.

(Note: The images in the copy of the article were very poor and have been reconstructed to recreate the feel of the original. -df) 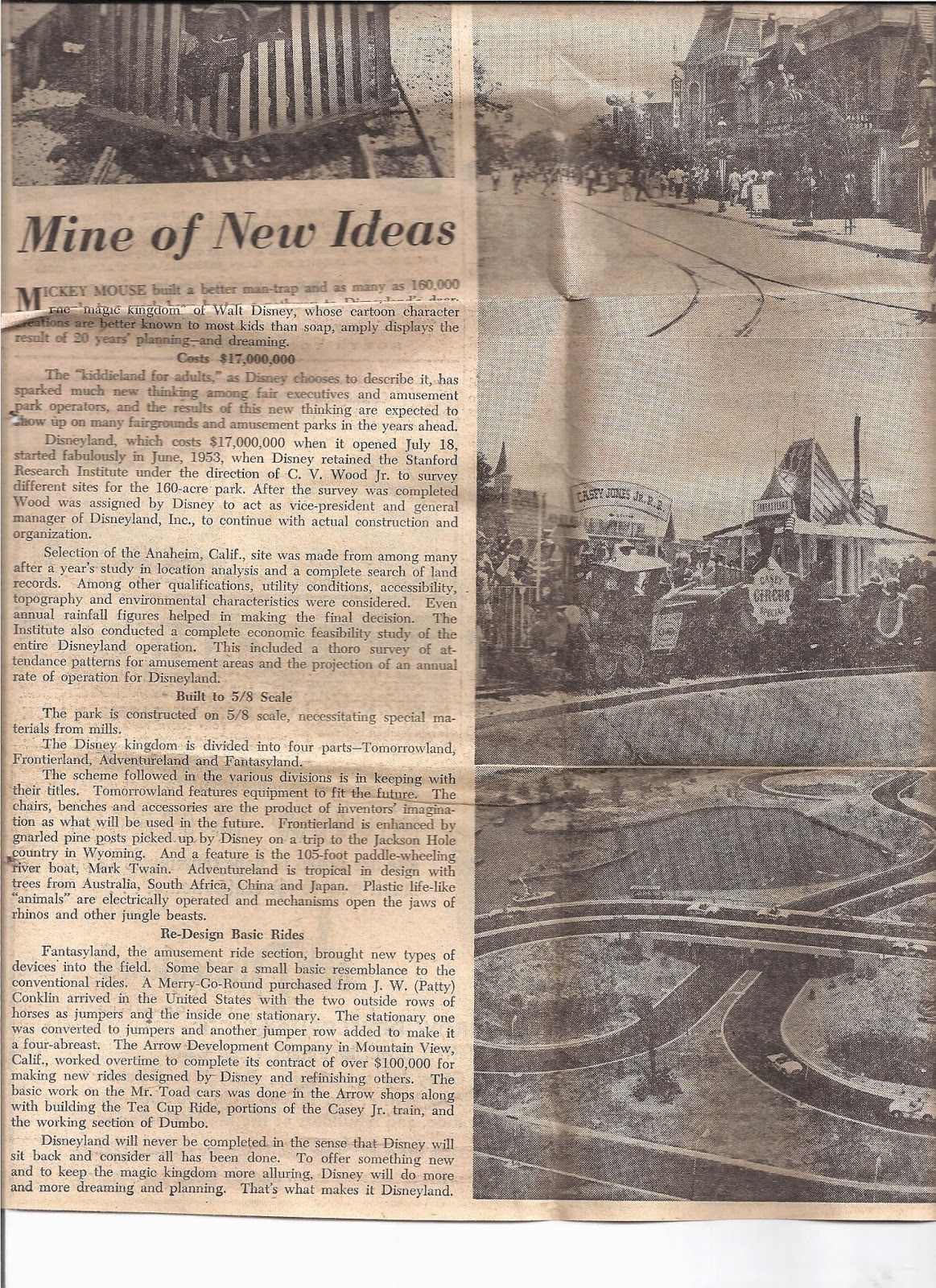 Posted by Thinking of Design at 10:52 AM