"Engine that could" proves that it can in MV test run

"The Little Engine that Could" huffed and puffed over a 45 percent "hill" in Mountain View this week and found, by golly, that it could.

Huffing and puffing right along with the plucky little engine were officials of Arrow Development Company and Walt Disney, for whom the Arrow people have recreated the legendary locomotive.

The test run at Arrow's Moffett Boulevard plant provided a preview of what will be a portion of Disney's gigantic "Disneyland" in Southern California.

The story of "The Little Engine that Could", for those who may not know it, involves a diminutive engine which volunteers for a job shunned by bigger and more powerful locomotives, and, with grim determination, hauls a tiny trainload of toys over a hill to waiting children on the other side.

Disney, showing no mercy on the fairytale, told the Arrow people he wanted an engine that could pull six cars with half a dozen adults in each of them - a capacity load for Disneyland - up a 45 percent hill.

Arrow's engineers did a bit of huffing and puffing themselves over making the fairytale come true. But, like the persistent engine, they found they could.

With assistance from a 1955 automobile engine, automatic transmission and other modern-day devices, "The Little Engine that Could" chugged doggedly up a make-shift wooden hill in Mountain View, hauling weights equal to a capacity load.

At Disneyland, recorded sound will be dubbed into the little engine's dramatic battle with the hill, in keeping with the children's story.

Arrow is also building component parts for the six train cars, remodeling a merry-go-round, 55 feet in diameter, which will be the hub of "Fantasyland" and erecting several other rides for "Disneyland".

Disney and four of his associates, who hope to open their spectacular recreation park in July, visited the Mountain View firm recently to survey the progress. 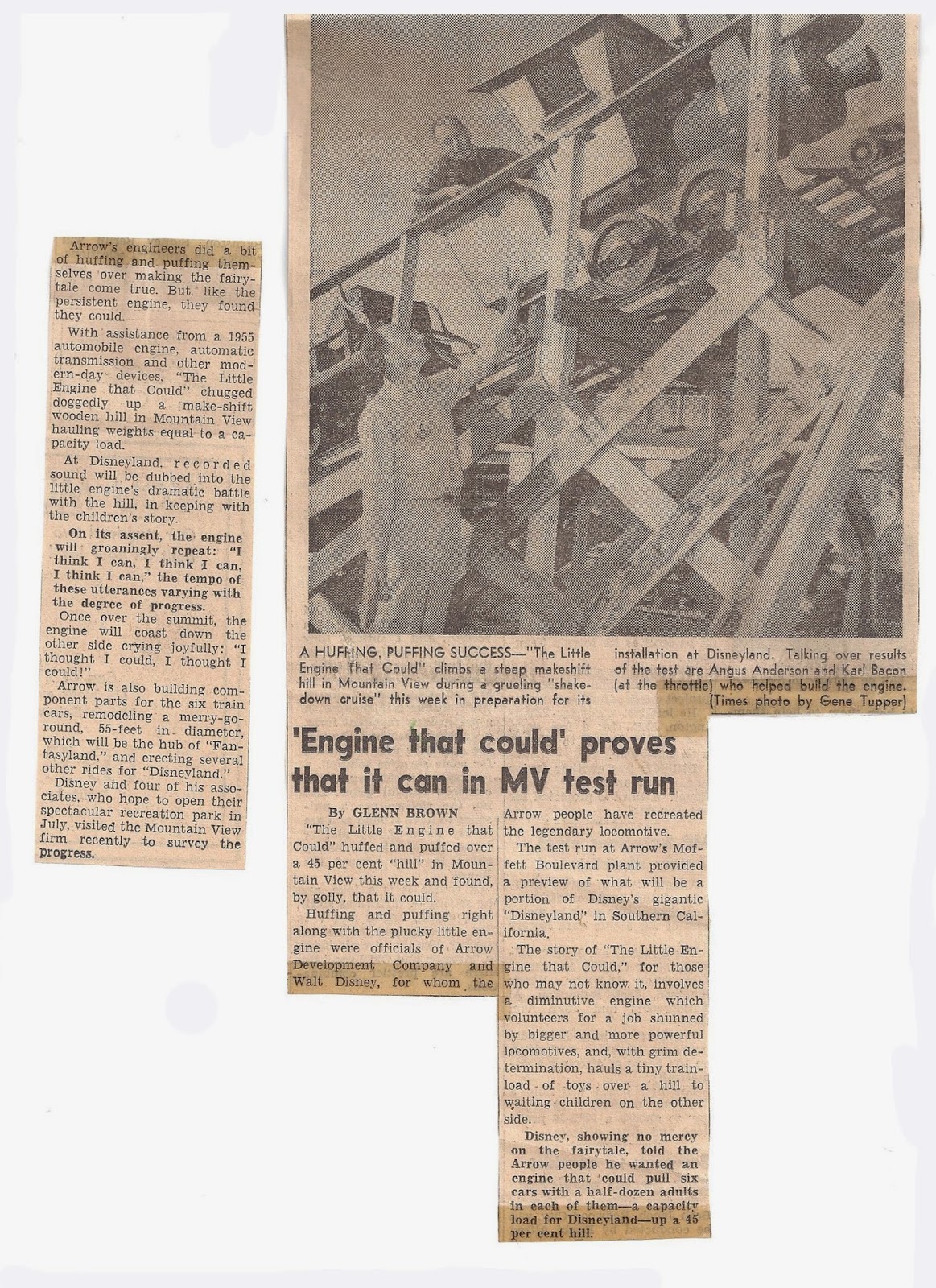 Posted by Thinking of Design at 7:56 PM